You're here: textbroker.com » Blog » For authors » Grammar » Apostrophes: You Asked, We Answered

Apostrophes: You Asked, We Answered

"The ball of the girl smashed through the window."

It would sound better to say:

"The girl's ball smashed through the window."

For many words, possession is indicated by using an apostrophe followed by the letter "s." Consider the following:

"We tried to fend off the approaching underwater bear. Fortunately, we found Eric's arm was a good distraction."

Some words are inherently possessive. These words should never have an apostrophe because they already indicate a sense of belonging to something else. These words are: mine, yours, his, hers, its, ours and theirs. Variations of these forms, such as "my" and "your," are also possessive.

Using both of these rules, we can now create several variations of the same idea.

"Neil swears that his tin foil hats will upgrade you to five stars."

"Neil's tin foil hats are believed to have mind-altering effects on the editors, prompting an upgrade to five stars."

"Neil stands by his tin foil hats. He told a reporter at MSNBC, 'My hats are a must-have for all authors. They alter hidden radio frequencies, causing the carefully-programmed brains of editors to tune into the left prefrontal cortex. This crossing of signals yields a positive response, encouraging praise and the adjustment of scores.'"

Each of these sentences indicates that tin foil hats belong to Neil. For further rules on possession, take a look at the AP Stylebook or Purdue's OWL.

Knowing these rules, some writers get confused about the word "its," which brings us to using apostrophes to indicate omission. We use several of these omissions, or contractions, in our daily speech. Saying "do not" or "we have" is usually seen as a more formal style of speech. While that style is encouraged for professional writing, there are times where a more natural approach fits. In English, we accomplish this by eliminating certain letters and showing the omission of those letters with an apostrophe. "Do not" becomes "don't" and "we have" becomes "we've." Using an apostrophe is very important. Some may not be aware of this, but many of these contractions would have different meanings without the apostrophe.

"It was Zoey's wont to fire readily at zombies. You won't find any teeth marks in her."

"Can't" and "cant" are not the same word. "Can't" is a contraction of "can not," but "cant" means a number of things from the particular speech of a group to an angled movement.

"A patient in a neck brace can't cant his head."

"We'll" and "well" draw a more obvious contrast. "We will" does not mean the same thing as well, a word with many meanings.

"Well, we'll see about fixing the well, but we'll need a few materials."

While "it's" means "it is," "its' " isn't even a word. If you aren't sure whether you should be using "its" or "it's," try replacing the word with "it is." Because "its" already indicates possession, like his and hers, using an apostrophe only relates to a contraction.

"It's a shame that it's so difficult to condense so many rules into one post. For more information, you should check out the AP Stylebook. Editors have been using its advice for decades."

Finally, never use an apostrophe to indicate more than one of something. Plural words will either change entirely or end with an "s."

"Using commas correctly can be difficult, but apostrophes are a little easier."

"Remember when your editors turned into cats? Do you think we fooled anyone?"

If there's a topic you want addressed, feel free to leave a comment below or email us at [email protected] 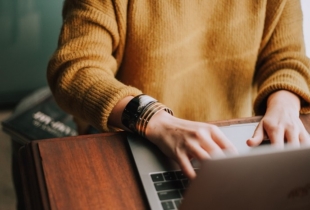 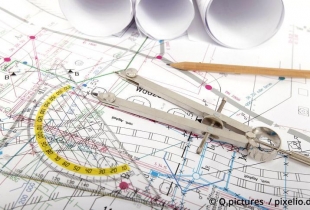 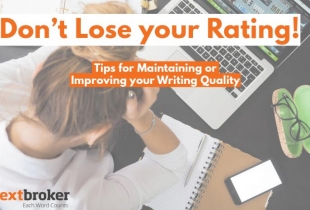