You're here: textbroker.com » Blog » For clients » Content Strategy » Social Media Advertising: Is It the Secret Ingredient for Content Marketing?

Social Media Advertising: Is It the Secret Ingredient for Content Marketing?

This article is part 4 in an ongoing case study analyzing the impact of content on SEO. In the previous installment, we examined the effectiveness of building a niche blog as part of an SEO strategy. In this installment, we break down the results of our Facebook advertising campaign and outline the pros and cons as they relate to our own blog promotion efforts. If you haven't read the previous installment in our series, you can click here to do so. 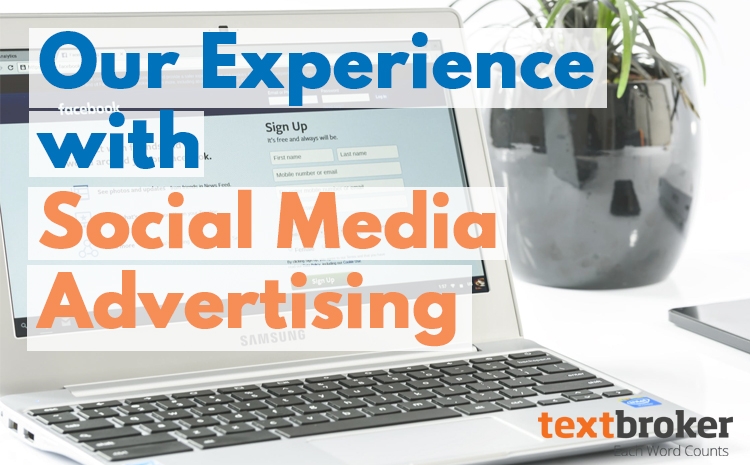 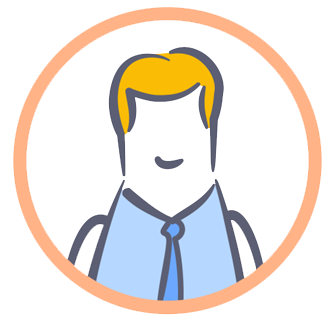 Social media is an obvious tool for content marketing, but what happens when you proudly share your content only to have it seemingly ignored by your legions of followers?

This is a common challenge in the world of social media, and it’s not because your followers are disinterested. The big reason why your posts so often fail to generate a buzz is because social media platforms – Facebook and Instagram especially – decide the reach of your content. If you’re not promoting your posts with paid advertising, that reach is probably not very far.

We ran into this challenge in our own efforts to market the ad cetera blog on Facebook. We would post a link to an article on the blog, and it would consistently reach less than 10% of ad cetera’s followers. It quickly became apparent that organic reach is no longer a viable strategy for businesses using Facebook.

So, we decided to find out if paid Facebook advertising would be valuable for us.

Because we weren’t getting referrals with organic Facebook traffic, we set up an ad campaign with links directing to the ad cetera blog. The goal was to determine the effectiveness of social media advertising for driving traffic.

It wasn’t by chance that we ran this test on Facebook rather than Instagram. In a worldwide survey of social media marketers, an astonishing 95.8% of participants agreed that Facebook has the best ROI of any social advertising platform. In addition, Facebook has more than 2 billion users worldwide, far more than any other social network.

With a clear idea of what we wanted to accomplish, we logged into the ad cetera Facebook account and began our campaign. We spent a total of $70 on two ads ($35 per ad) and targeted users between the ages of 25 and 65. Ad cetera sells promotional items, so we targeted small business owners, trade show attendees, and users who have shown an interest in marketing.

One of our ads targeted users nationwide while the other ad targeted New Jersey residents. Although ad cetera ships worldwide, the business is based in New Jersey, and we wanted to see if geo-targeting would influence our inbound traffic.

Even with a $70 test, you can learn a lot about Facebook advertising.  Facebook allowed us to post a headline, a summary, and an image for each ad. Note that Facebook doesn’t like it when the image contains text because, as they put it, “Images with a lot of text may create a lower-quality experience for people on Facebook.” On the plus side, the company does offer a handy tool that will tell you if your image violates this guideline.

Each ad was posted with a small product image, an attention-grabbing question, and a direct call to action. Now we just had to wait and see if our campaign was effective.

Overall, we were impressed with the results of our campaign. We reached over 3,800 people, compared to nearly zero when we did not promote our posts. Of those 3,800 viewers, 45 clicked on the ad and visited the ad cetera promo blog.

To our surprise, the geo-targeted New Jersey ad did far better than the nationwide ad. In fact, it reached almost four times as many people and generated three-and-a-half times the number of clicks. We’re not completely certain of why this is, but it seems to reinforce the effectiveness of geo-targeting.

We also noticed that our audience skewed older. Though we initially targeted a wide age group, most of our impressions and clicks were from people in their 50s and 60s. This demographic information is valuable to have for future ad campaigns.

Just as we suspected, organic reach on Facebook has all but disappeared. Your strategy can’t be reliant on organic reach alone; that’s a mistake many businesses make.

If there’s one critically important takeaway from our campaign, it’s this: Target your ads as much as possible. The more targeted your audience, the easier it will be for Facebook to put your ad in front of the right people.

Facebook makes it simple to advertise to your target audience. They ask questions to help you get to the heart of your core audience and assign you a relevance score to help you determine if your targeting is on track with similar successful campaigns. Relevance scores are rated from 1 to 10, and higher numbers amount to greater relevance. If you’re not above a 6 or 7, you’ll want to rethink your targeting strategy.

Here are some suggestions based on our experience:

In our next installment, we’re going to examine the impact of evergreen vs. seasonal content. We set out to determine the pros and cons of each type and find out which is ultimately more effective for meeting our content marketing goals. Stay with us to learn more.

Part 1: Just How Important Is Content for SEO and Conversions?

Part 2: How to Get a Blog Ranked in Just 6 Weeks

Part 3: Just How Effective Are Niche Blogs for SEO?

Join our over 53,000 customers worldwide
and use Textbroker for your Content Marketing.