You're here: textbroker.com » Blog » For authors » Punctuation » How to Use Uncommon Symbols

How to Use Uncommon Symbols

Several of the symbols on your keyboard are generally excluded from AP style entirely and should be avoided in any scenario outside of quoted material and proper nouns. These would fall into the category of “special symbols” that should almost always be omitted from your articles. 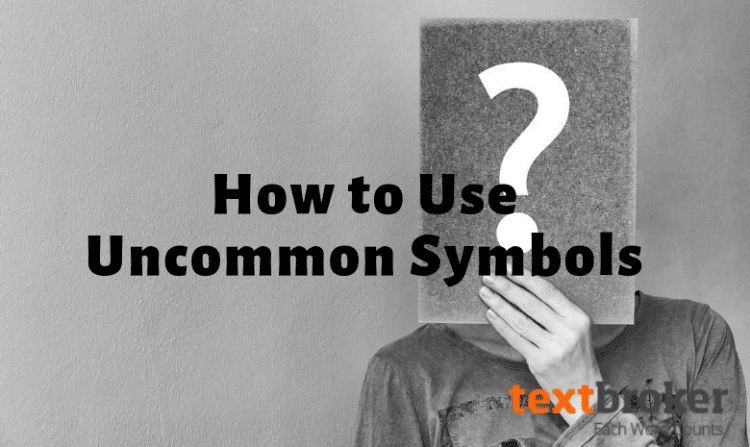 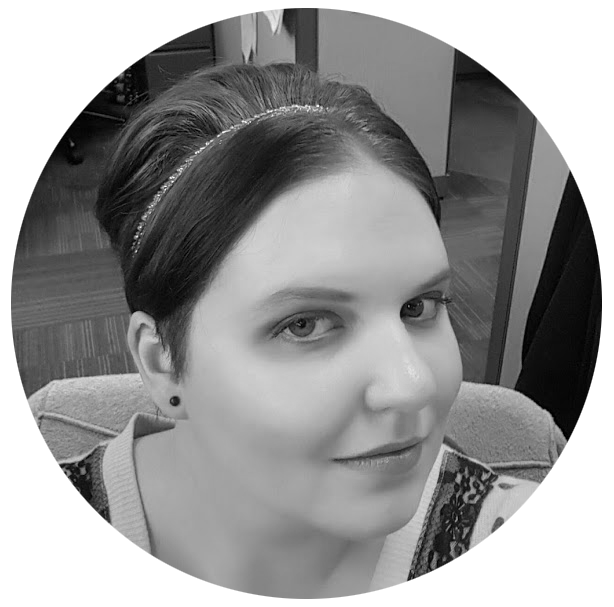 Properly using symbols in English grammar is a relatively common sticking point for authors trying to bridge the gap to 5-star quality. With how rarely some of them tend to spring up, it might be awhile before you see feedback from our editors on how to properly use them. However, knowing where and when to use these symbols can mean the difference between getting to 5 stars and staying at 4.

Though percentages are actually very common in Textbroker orders, a recent change in AP guidelines may have stirred up some confusion. Originally, AP style and Textbroker both required that the percentage symbol be omitted in favor of writing out the word “percent.” However, AP guidelines have since been changed to prefer that the symbol be used instead. As such, Textbroker now allows authors to use either option, but regardless of which option you use, it must be used consistently within an article and may not be swapped back and forth.

Despite their similarity, colons and semicolons usually have very distinct uses from one another.

The most common way colons are used is to introduce a list into a sentence. While this is often limited to mid-paragraph sentences, many clients will also request that lists are presented in bullet points, which a colon may also introduce. However, in either instance, a colon can only be used in this way immediately after a clause that is already independent. Introducing a list with a colon after a dependent clause would cause the sentence to sound disjointed as, in most instances, doing so would disrupt sentence flow.

Correct: To wrap the gift, he needed some supplies: scissors, tape, and paper.

Incorrect: To wrap the gift, he needed: scissors, tape, and paper.

Secondly, colons may also be used to emphasize and draw attention to the last word or phrase at the end of a sentence, similar to an em dash. This can be done regardless of whether the clause preceding it is dependent or independent.

Example: After working all day, she could only think about one thing: dinner.

Less commonly, colons are used to separate two independent clauses when the second clause explains or goes into detail about what was said in the first clause. This can be a source of confusion as this is very similar to how semicolons are most often used. The distinction between these two is that, with a colon, the second clause should always directly reference or partially explain parts of the first clause that may have been left vague. When using a semicolon to separate independent clauses, it indicates a more loose connection or correlation between the sentences.

Colon: All that time he spent chatting up the dealer didn’t go to waste this time: He got a great price on the bike.

Semicolon: Signing the papers was quick and simple; he couldn’t be happier with his purchase.

Semicolons are often used to separate two independent clauses in situations where it could replace or be replaced by a coordinating conjunction (for, and, nor, but, or, yet, so).

Correct: There have been many issues with graffiti here; the cops are trying to crack down on it.

Incorrect: There have been many issues with graffiti here; so the cops are trying to crack down on it.

A semicolon and a coordinating conjunction preceded by a comma can often be used interchangeably, but they cannot be used simultaneously. The only instance a coordinating conjunction may follow a semicolon is when the semicolon is used to separate items in a list. If the items in a list are exceptionally long or otherwise contain their own independent punctuation — this usually being one or more commas — semicolons may be used in place of the typical comma to prevent confusion.

Conjunctive adverbs are also a common indicator that a semicolon is needed. These are words that are commonly used as transitional expressions between two independent clauses and include words such as “however,” “for example,” “thus,” “likewise,” “therefore,” and “similarly.” When one of these is used in a sentence to separate independent clauses, they must be preceded by a semicolon and followed by a comma. In this way, they almost function as an introductory clause to the second part of the sentence.

Example: He was considered one of the toughest drill instructors; consequently, he turned out to be a very strict father.

Surprisingly, apostrophes are misused fairly often. The bulk of these mistakes are made when authors chose to use apostrophes to offset a word or phrase, which is almost always considered incorrect usage. More often than not, that job belongs to quotation marks. The only instance this is not true is when offsetting a quote that is already present within a quote.

Correct: For as much as he wanted the pack of cookies, he didn’t really “need” them.

Incorrect: For as much as he wanted the pack of cookies, he didn’t really ‘need’ them.

Almost as often, apostrophes are misused in the pluralization of a word or, more commonly, used to pluralize a decade or an acronym. In this instance, a decade or acronym should be pluralized using only a lowercase “s” just as you would pluralize any other word. However, the exception to this rule is when an author needs to pluralize abbreviations, single letters, or words when they are used as nouns. In this case, so long as adding them makes the writing more clear, using an apostrophe to pluralize is acceptable.

Correct: His mom’s report cards from the 70s were covered in mostly B’s and A’s.

Incorrect:  His mom’s report cards from the 70’s were covered in mostly Bs and As.

Quotation marks, while not all too commonly misused, do have a couple special uses in AP style that most authors aren’t immediately aware of. The most notable of these uses is in offsetting titles of various kinds of media, including movies, TV shows, video games, and books. Though, naturally, client preference comes first, and some clients will regularly request the use of something like italics instead. In any other instance, quotation marks are considered the default and should be used.

Example: Wasn’t it Walt Disney who said, “Whatever you do, do it well?”

As mentioned prior, words and phrases may require being offset with quotation marks where one might generally expect a pair of apostrophes. This includes instances where an author needs to reference a single word or letter as a noun or as the subject of a sentence. This is done primarily to prevent confusion.

Example: I always tend to forget that extra “r” in the first syllable of “surprise.”

This can otherwise be done when an author is using scare quotes, which are used to cast doubt on the validity of a word or phrase or to emphasize when a word or phrase is being used as a euphemism.

Example: “The “crash” she was so worried about turned out to just be a fender bender.”

Quotes can also be used in this way to offset unofficial nicknames for people, places or things, drawing attention to the fact that only some people refer to them as such or to offset uncommonly used terms that the reader may not be familiar with.

While the most common way to use a slash is in place of “and” or “or” and even sometimes between the two as “and/or,” AP style does not allow this usage. Slashes should generally only be used when referring to numeral fractions.

Ellipses should generally be avoided outside of quoted material when it comes to using them in AP style. While many authors might want to use them for emphasis or to indicate a pause in a sentence, this is considered highly informal and is generally not allowed by Textbroker. The only reason an ellipses should be used in this way is if a client explicitly requests that the tone of an article be especially informal or conversational. In any other instance, ellipses are only used in the place of text that has been omitted from quoted material to indicate that part of the quote is not being shown.

This is another set of symbols that should generally be avoided in AP style grammar, but their use is not always as strictly enforced as ellipses. When a sentence seems like it could benefit from the use of parentheses, this is probably an indicator that it could benefit more from being rewritten entirely to be more easily readable. Parentheses can be rather jarring to the reader and tend to completely interrupt sentence flow as they are most commonly used to offset nonessential information. If the information being offset in this way is an independent clause, it can likely stand as a sentence on its own and does not need parentheses. If the information is a dependent clause, there is likely a more coherent way to incorporate the information into the existing sentence or break a long sentence up to be shorter and more readable.

Several of the symbols on your keyboard are generally excluded from AP style entirely and should be avoided in any scenario outside of quoted material and proper nouns. These would fall into the category of “special symbols” that should almost always be omitted from your articles:

Please remember that these are the rules that Textbroker follows when it comes to author ratings, but client preference always takes priority. If an order’s briefing requests that symbols be used outside of AP style guidelines, go with those instructions instead. Client requests will not be considered grammatical errors and will not count against your rating.

How would you show the word "degrees" such as 20 degrees.

Thank you for your question! In this case, you would write “degrees” and not use a symbol.